Reasons to Be Positive About the US Coronavirus Fight 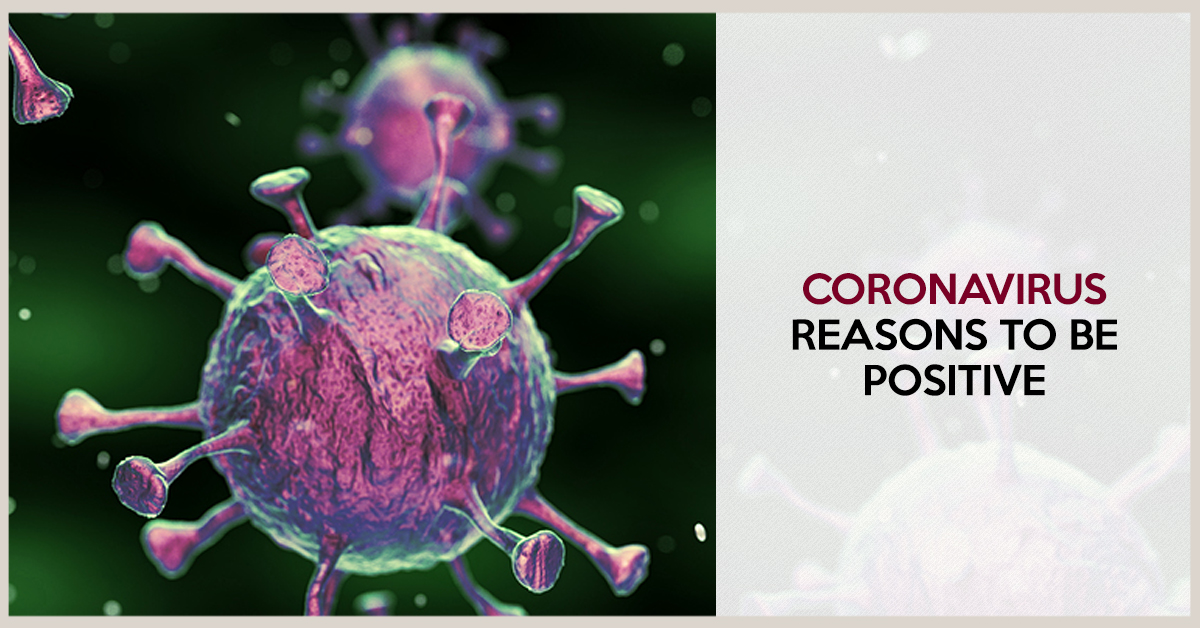 One of our investment companies, First Trust Portfolios, wrote an informative article that I thought you might find interesting. You might recognize Brian Wesbury’s name from his frequent interviews on many of the national cable news channels.

If you have any questions concerning the information in this article, please do not hesitate to call me.

Less than a month ago markets were at a record high, as healthy data on the US economy signaled continued growth on the horizon. Then, as Coronavirus made its way to continental Europe and the United States, markets went into a tailspin, suffering one of the fastest declines on record. The last several weeks have been characterized by extreme volatility as investors try to make heads or tails of the situation. Coverage around the virus has been almost exclusively negative, as experts extrapolate worst case scenarios to spur action. It should come as little surprise then, that fear of a recession has moved to the forefront of many minds. At times like these, we think it’s crucial to look at the data and note some positive developments that aren’t getting as much media coverage.

Testing Capacity is About to Rise Substantially: The initial government response to Coronavirus has been extremely disappointing. The first round of test kits sent out by the CDC were faulty, requiring a recall and costing precious time in the fight to find/quarantine those infected. Further slowing action, only the CDC was allowed to do tests at its own facilities, limiting testing capacity. Now, things are beginning to change. Many private labs have now been approved to conduct tests, and the FDA has announced that not only will high-volume testing be allowed, but that emergency approval has been given for an automated Coronavirus test that is estimated to speed up the testing process 10-fold.  So not only are tests becoming more available, results will come quicker as well. Identify and contain, the proven method to-date, can be rolled out at the national level.

A Wave of Recoveries on the Horizon: The number of official infections in the United States has continued to rise at an accelerated pace over recent weeks. Meanwhile, our preferred measure of active cases (total cases minus deaths and recoveries, which gives a better picture of the number of people who are able to spread the virus further) has continued to rise consistently as well. As so often occurs during virus outbreaks, fears arise that the early pace of spread will continue, unabated, at an exponential rate. History – including the experiences of both China and South Korea with Coronavirus – shows identification and treatment leads to a slowdown in the pace of new cases, and a pickup in recoveries. Typically, it takes roughly two weeks for otherwise healthy individuals who test positive to get better and be officially moved from the “active” to the “recovered” counts. Now that we are about two weeks out from the initial surge in US cases, recoveries should begin to rise consistently. The world recovery rate currently sits at 93% right now, while in the US it is only 43%. We expect the US to move toward and then exceed the world recovery rate in the weeks ahead.

The Private US Healthcare Industry is the Best in the World:  One of the biggest things overlooked (and underappreciated) in the fallout from the Coronavirus is just how fast the private US healthcare industry has responded. Moderna has already begun testing a vaccine, and many other companies have followed suit with their own treatments. Meanwhile, doctors have begun using the experimental anti-viral drug Remdesivir to treat US Coronavirus patients, with positive results. The speed with which these discoveries have been made is absolutely breathtaking, imagine how long it would take to develop effective treatments for a never-before-seen illness 50 years ago! Meanwhile, a 2013 study by the Department of Health and Human Services determined that the US has the most Intensive Care Unit beds per capita of any country at 20-32 per 100,000 people. This is far higher than China where there are only 2.8-4.6, demonstrating why they needed to build hospitals overnight. Likewise, the US far outdoes countries with socialized medical systems like Canada (13.5), Sweden (5.8-8.7), or the UK (3.5-7.4). This means the US is better suited to deal with the healthcare capacity issues that could arise with a Pandemic than virtually any other country in the world.

Put it all together, and the US is well poised to not only win its own fight against the Coronavirus, but also to export treatments that should help the rest of the world. The coming weeks will be critical as tests go out en masse and we learn more about the fight we are up against, but we are up to the task. Panic is never permanent, and as the virus response ramps up, sentiment will turn higher as well. Every day we learn more. Every day we make progress. This too shall pass.

This material is for general information only and is not intended to provide specific advice or recommendations for any individual. There is no assurance that the views or strategies discussed are suitable for all investors or will yield positive outcomes. Investing involves risks including possible loss of principal. Any economic forecasts set forth may not develop as predicted and are subject to change.

References to markets, asset classes, and sectors are generally regarding the corresponding market index. Indexes are unmanaged statistical composites and cannot be invested into directly. Index performance is not indicative of the performance of any investment and do not reflect fees, expenses, or sales charges. All performance referenced is historical and is no guarantee of future results.

Any company names noted herein are for educational purposes only and not an indication of trading intent or a solicitation of their products or services. LPL Financial doesn’t provide research on individual equities. All information is believed to be from reliable sources; however, LPL Financial makes no representation as to its completeness or accuracy.

This Research material was prepared by LPL Financial, LLC.

Ready to start the conversation?

Let us know what you think about the article you just read. Complete the form below to send us a private message.